Whiskey is a spirit distilled from grain by pot still or patent still method. The grain used may be barley, maize, rye, wheat, or a mixture of grain in varying proportions, according to the regulations which monitor the grain and its proportion and various process in whiskey-making.

The mixture may contain malted grain, unmalted grain, or both. The distilled drink is then aged in wooden barrels, especially those made of oak. The wood aging smoothes the harshness of the raw spirit and contributes flavor and color to the spirit.

What are the Types of Whiskey

These are different whiskey types that are generally available:

Scotch whiskey is regarded as the world’s finest whiskey. The art of whiskey making was introduced in Scotland by Irish monks who settled in western Scotland on religious missions. The scots developed taste for the drink and soon it became very popular.

Spirits were first taxed in 1643, which paved the way for the operation of illicit stills on a large scale. With the introduction of continuous still or patent still by an Irish distiller, Aeneas Coffey transformed the whiskey-making process and turned distilling into large-scale commercial productions.

The production, sale, and transportation of alcohol in the USA were completely banned by the government during the prohibition period from 1920 to 1933 due to the pressure from the temperance movement by the religious denominations and the political reformers.

Tennesse whiskey is sour mash whiskey produced from a mixture of grain consisting of a minimum of 51% corn, distilled in Tennessee, filtered through sugar maple charcoal before being matured in new charred oak barrels for a minimum of two years.

This will impart the flavor and style of the previous fermentation. Tennesse whiskey is the protected name for a sour mash of American whiskey.

Corn whiskey is distilled from a mash of a minimum of 80% corn. It may or may not be aged. If aged, it may be aged in old or new oak casks. Aging is usually brief, for a period of six months.

Rye whiskey is distilled from a mash consisting of at least 51% rye and aged in charred new oak barrels at least for 2 years. It is similar to the making of bourbon whiskey, except for the type of grain used.

Canadian whiskey is often referred to as Rye whiskey. Canadian whiskeys were primarily made from rye, but today most of these types of whiskey are made using corn, wheat, and other grains with a very small portion of rye for flavoring.

Canadian whiskey should be aged for a minimum period of three years in oak barrels, not necessarily new or charred. Most distilleries use a fraction of rye with the exception of Alberta Premium whiskey, which is made from 100 percent rye.

Japanese whiskey is distilled from millet, corn, and rice both the patent and pot still methods of distillation are employed. Japanese produce malt and blended whiskeys and their single malt whiskeys are as good as scotch.

Whiskey is distilled from cereals and matured in oak barrels. In whiskey making, the cereals used may be a single type or mixture of cereals, pot or patent distilled, short or long period of aging, etc. according to the distiller’s choice and the regulations of the country where it is produced.

Among all the whiskeys, scotch whiskey is considered to be the best for its unique characteristics attributed to the climate, water, and peat drying. Whiskeys are pot and patent stilled.

Most scotch available in the market is the blend of malt scotch whiskey and grain scotch whiskey. Traditional Irish whiskey is produced from malted and unmalted barley, with or without some other grains. 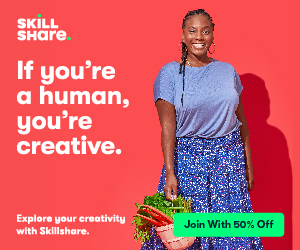 Most Popular Types of Beer & their Brands Names